During your visit, you can learn more about the region’s loud and colourful fiestas, its regional produce such as chocolate or rice, its rich naval past or its position in one of the world’s greatest round-the-world yacht races.
Taste of Valor chocolate

Chocolate lovers should make a date to visit the Valor chocolate museum in the old fishing town of Villajoyosa, near Benidorm. This is tasty more-ish chocolate so a trip to the museum is a real treat as you can enjoy a few free samples at the end of the tour. The museum is in a typical 19th century country house with the trip beginning with a short video telling how Valor became master chocolate makers in 1881. You will find out about the different varieties of cocoa and how it is cultivated. A tour of the factory shows how chocolates are made. The final stop is at the museum shop where you can try the gourmet chocolates before you buy. Free entry. 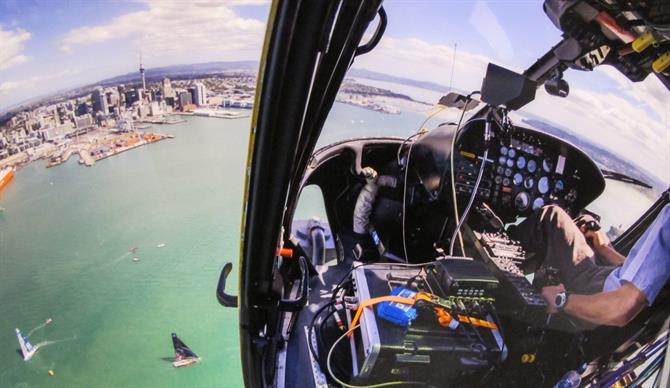 Looking down on the Volvo Ocean Race, Alicante

In October, Alicante has the honour for the third time of being the starting point of the prestigious round the world Volvo Ocean Race. Visitors to the museum in Alicante marina can test their sailing skills and find out about the challenges that lie ahead for these competitive sailors. The museum is based at the race’s state-of-the-art headquarters. During your visit you can see the celebrations for the race’s 40th anniversary and get a close view of the NASA-inspired race control. Interactive displays means visitors can get a feel of what it must be like to battle against skilled sailors on the world’s toughest seas. Free entry.

Fine arts are in the MUBAG

Fabulous collection of fine art from the Middle Ages to the early 20th century are housed in an 18th century historic palace in the centre of Alicante. About 500 paintings and sculptures are on display including prominent artists from the region such as Vicente Lopez, Antonio Gisbert and Joaquin Agrasot. Many of the works from the 16th to 18th century have a religious theme as the church was a great patron of the arts at the time. The museum also hosts temporary exhibitions and concerts throughout the year. As well as the impressive art collection, historians will also appreciate wandering through the palace with its imposing stone arches and grand staircases. Free admission. 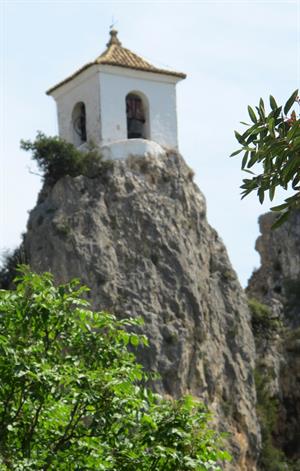 As if being a breathtakingly beautiful mountain town wasn’t a good enough reason to visit Guadalest, it is also home to a variety of weird museums.

One of the strangest is the museum of miniatures, where you see little objects through magnifying glass.

The collection includes the Statue of Liberty on the eye of a needle; Goya’s painting, The Nude Maja, on a fly’s wing; another Goya painting replicated on a grain of rice; an elephant on a mosquito’s eye; Picasso’s painting Guernica on a seed; plus the impossible – a camel walking through the eye of a needle.

Admission is €4 for adults and €3 for children.
Toy story in Denia

Older people will enjoy a trip down memory lane to a more innocent age. Youngsters may also be fascinated by a time when toys were made of wood and imagination played a major part in children’s games. The Toy Museum in Denia celebrates the town’s toy industry from 1904 to the 1960s. Many of the toys are made of wood or metal with the special collection of tricycles, bicycles and pedal cars
being of particular interest. Wooden bowling sets, exquisite sailing boats and horse-drawn carts are
also among the many fine exhibits. Free entry. 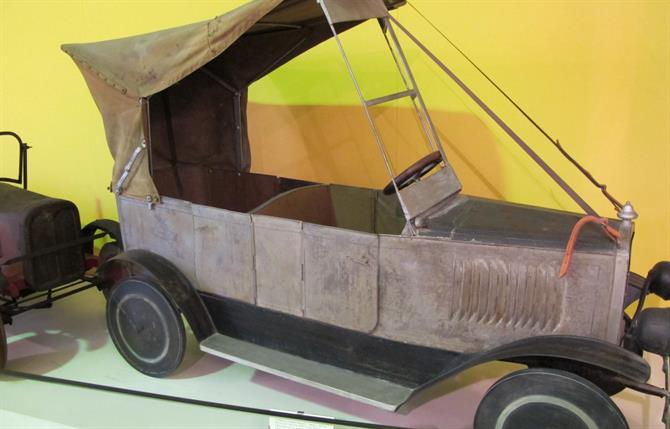 Vintage toy car in Denia
Bathing rituals of the Romans

Visitors can step back even further in time to see how the Romans lived at this open-air museum in Alfaz del Pi, near Benidorm. Roman baths are renowned throughout the world and are a fabulous attraction. At Alfaz’s Roman Villa Museum, visitors can enjoy an introduction to the Romans’ bathing rituals almost 1,500 years ago. Water symbolizes purity, health and well-being and the Romans took these bathing rituals very seriously. It was an important daily event to relax the body and mind after a hard day’s work. The baths form a small part of a larger site which is still being excavated and includes a large necropolis or ancient cemetery, mausoleum and a villa dating between the 4th and 6th centuries. Entry is free for children and €1.50 for adults.

Vintage cars are the stars

Fabulous collection in Guadalest of more than 140 motorcycles and vintage cars from the early 20th century to the 1970s. These are beautiful vehicles with polished wood and real leather interiors. The museum is the pride and joy of local resident Ricardo Freca who has been passionate about historic cars and bikes since he was a child. The world-class collection includes top names such as Vespa, Ducati, Lambretta, BMW and Harley Davidson. The family restaurant El Riu is on site where you can enjoy a great barbecue or traditional rural Alicante dishes. The success of the restaurant helps Ricardo to build his fantastic collection. Price is €3 for adults and €1 for children.

Going deep into naval historyFor non-submariners this is a once-in-a-lifetime chance to take a look inside these monsters of the deep. Torrevieja is home to the first Spanish naval ship to be turned into a floating museum. Visitors can take a look inside the S-61 Delfin-class submarine to see just how cramped conditions are for the crew. Imagine what life must have been like to live at the bottom of the sea in the sub for weeks or months on end. Not surprisingly, this is one of the most-visited museums in the region. Entry is €2.Moors and Christians in AlteaThe reenactment of the battles between the Moors and Christians takes place in many towns in the Alicante region. It is a very colourful and noisy fiesta to dramatically act out the historic moment when the Moors took over many parts of Spain and then were overthrown by the Christians. If you can’t get to the actual fiesta, the Moors and Christians museum in Altea gives a taste of what you are missing. In the Casal Fester museum you can see the costumes and characters which bring this fiesta to life. Entry is free.

Pego marshesLittle grains of knowledge in PegoPaella is the symbolic dish of the Valencia region, which is where much of the rice is grown. The Bomba rice cultivated in Pego is argued to be one of the finest rices for making the many varieties of paella. In the town’s Etnologico museum, visitors can find out how rice is grown and how it is sold. You can also take a walk around the rice or paddy fields. These marshlands have been used for growing rice since the 13th century. Entry is free.